I got my start as a recruiter during the dot-com boom. Back then, Java programmers were the most in-demand people in the country. To be the early bird that caught the worm, I had to be in the office by 6:30. That allowed me to get to the handful of new Java programmers that had posted their resumes overnight on Monster.com before the other recruiters, especially those 29 other piranhas in my office. At that point, if you could code in Java and fog a mirror, everyone wanted you. You could have a prison stint in your background and not be able to pass a drug test, EggsByMail.com would still have a riveting career path waiting for you. (It's tough to imagine why that bubble burst.)

While things have changed (job security for good Java programmers notwithstanding), when it comes to finding the right person for the job, the vast majority of companies still focus their attention disproportionately on a collection of skills.

Three Elements of a Candidate

"There are three things that people bring you: values, abilities and skills. Skills are what almost everybody hires for, and it's the least important of the three things."

His assertion, with which I agree, is that if you don't get the values and abilities right, the skills won't matter much.

I learned this lesson the hard way a few times throughout my career until I discovered how to go deeper in my qualifying. I had seemingly perfect candidates, on paper, who quit jobs I had put them in within the first few weeks because of reasons such as a personality clash with their boss or being uncomfortable with the performance expectations.

To help avoid these kinds of mistakes, let's examine why we assess values and abilities in candidates in the first place and how to go about doing that so that you can increase your ability to make great hires.

While there are some common values such as integrity and ethics that most reputable companies qualify for, in this piece, we're talking about the values that would vary somewhat from company to company. For example, some companies value balance and have a culture that promotes flexibility and time off; some companies have a mission with an aggressive timeline to accomplish something big, so they value diligence and sacrifice.

According to that same report, organizations that are the best in engaging their employees, achieve earnings-per-share growth that is more than four times that of their competitors. Compared with business units in the bottom quartile in employee engagement, those in the top quartile realize substantially better customer engagement, higher productivity, better retention, fewer accidents, and 21% higher profitability. Engaged workers also report better health outcomes.

I would bet that the 34% that are "actively engaged" and enthusiastic about their work are values-aligned with the company, and the others either aren't or aren't entirely. If your values align with the company mission, it gives you the purpose and fulfillment that comes with doing great work. You don't mind putting in longer hours when you care about what you're accomplishing. If the mission of the company doesn't speak to you much and you just ended up in your job because you had the requisite skills and the price was right, at best, you're going to do what's required of you and little else until something better comes along.

OK, great. So values are important. How do we go about qualifying that in our candidates?

First, you want to make sure that you're clear on the values required to be successful in your organization. Look to the company mission and observe the culture to see what matters. Then you can start to formulate the right questions based on what you discover.

For example, if you decide that they must value teamwork to thrive there, you could ask:

If empathy is a key value:

Beyond specific value-based questions, be sure to communicate essential aspects of the culture and mission and have them articulate what they see for themselves inside of it. The key is then listening for how they think they'll fit in and further enhance the culture and mission. You'll know it when you hear it.

First, what's the difference between skills and abilities? A skill is something specific a person does well or has expertise in, and it can be learned. Think playing the guitar or being able to make sense of a balance sheet. An ability is broader. It's something that one is naturally wired to do well. Think being creative or outgoing. People are capable of forming more skills in areas in which they have a natural ability. 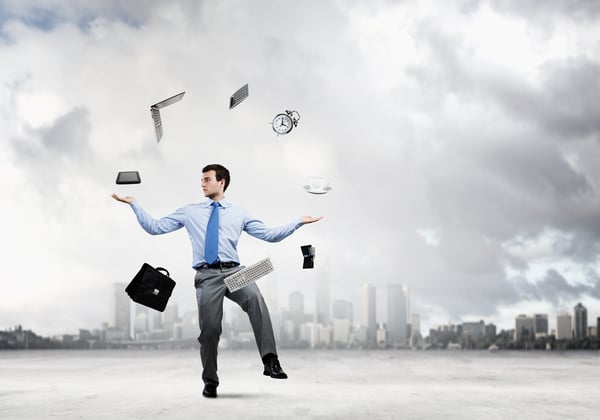 This is important because people's careers typically thrive when they are in a position that relies on their natural ability. However, many people end up in jobs they're not naturally suited for and stay because they're afraid to start over. These are people you want to avoid hiring if it's an area that would be more of the same for them. However, there could be a significant opportunity for both your company and that individual if you identify a way in which they could work in an area that they are more naturally inclined.

While it's generally accepted that you wouldn't want to have someone introverted and analytical in a mostly customer-facing role, it's also important to be mindful of designing career paths, and not just jobs, with abilities in mind. Consider the top salesperson who is promoted to team lead or the software developer who becomes a Project Manager. While the skills can be taught, if there is not a natural ability to lead or delegate, you can be sure it will be a challenge.

Understood. Abilities are important. How do we qualify them?

We use, and strongly recommend you use assessments to clarify the natural wiring of someone during (and often after) the hiring process. Once you know how someone is wired, it is much easier to set them and the company up for success: provide them autonomy in areas where their abilities take over and provide more support where they don't. Beyond assessments, ask questions that dig into their interests as well as their favorite parts and least favorite parts of jobs they've had in the past.

To recap, in order of importance, it's values, abilities and then skills. Consider if you hit the mark with values but their skills don't translate to the production you wanted out of a specific job, that person could still be an asset somewhere else in the company where their natural abilities take over. Furthermore, if it's an area of the company where you can make more of an investment in someone, they can always be taught the skills.

If they have natural ability and excellent skills but lack the company's values, it's likely not going to work in the long run. The cost of this mistake can be tremendous, well beyond the individual's compensation. People that aren't values-aligned with the company tend to erode the culture by bringing others down as well.

If you need more ideas about how to qualify values and abilities and ask the right questions, feel free to engage in the comments. I'm a geek about this stuff. Let's get a conversation going about what works!

A Burned-Out Headhunter Finally Finds a Good Job for Himself. Welcome to Work Empowered.